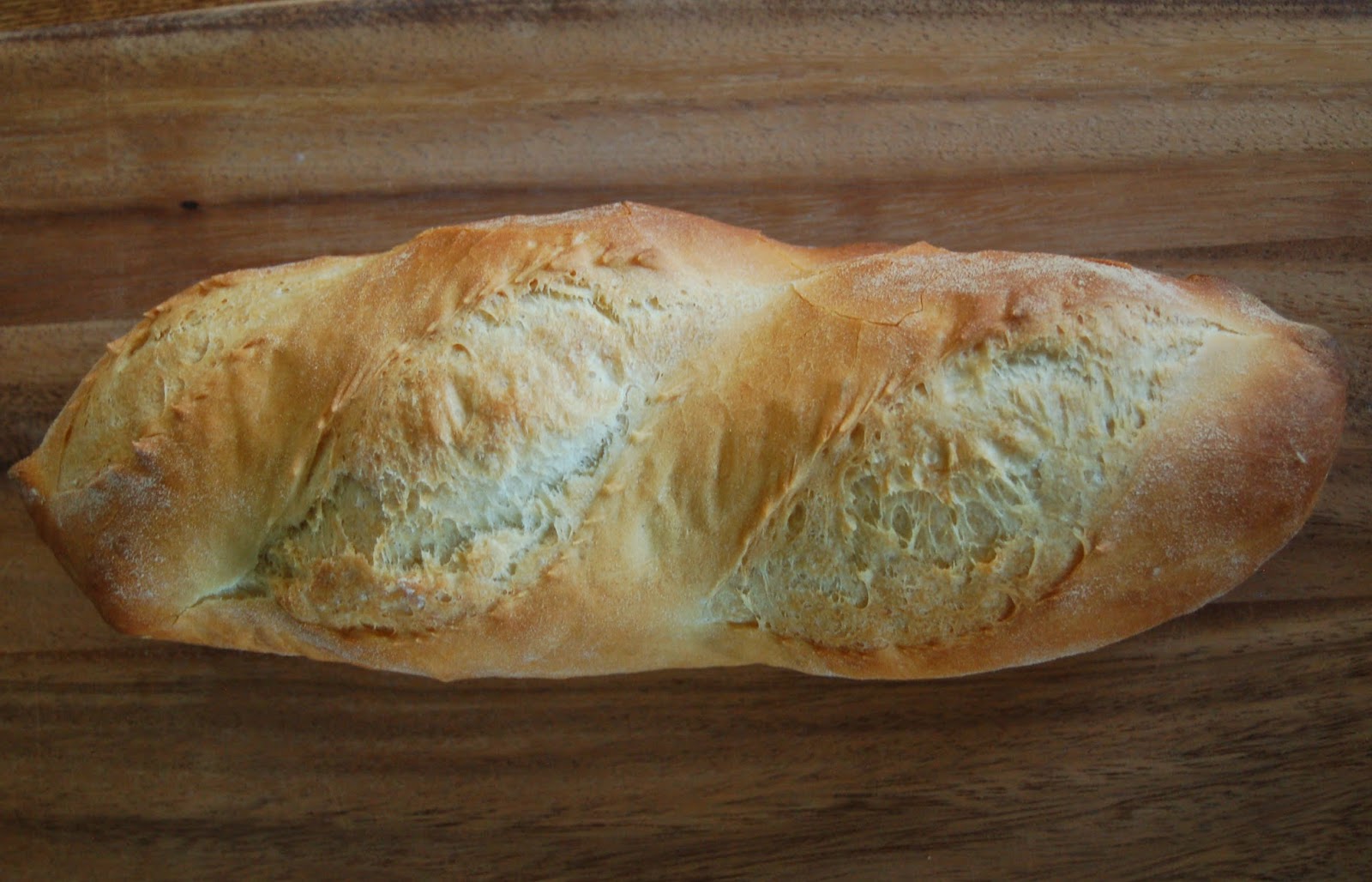 Man. I was ill prepared for this recipe. I had problems up the ying yang.

First off, I couldn't find compressed yeast. I called a bunch of stores and talked to bakeries, but nobody had it.
Second, I didn't have quarry tiles. At the last minute, I mean, REALLY last minute (I was already on the first rise), I called around looking for some. Nobody had them! Can you believe that?! All three of the big home improvements stores didn't carry them in stock. You had to special order them! Ackk! This is what happens when there aren't any mission style homes around. Sigh..
And third, I only had a 13 inch pizza stone and couldn't fit three 14 inch batards in the oven.

I was totally stressing out. Especially, after the first rise. Ok. Done with rant.

All in all, it was worth it! I had so much fun making the dough. I watched the Baking with Julia episode with Danielle Forestier where she was kneading/pounding the dough on the counter. I thought to myself 850 turns?!! That's crazy! But it wasn't crazy. It was fun! It was awkward at first, but after 100 or so turns, I was a pro. Yeah!

Oh, also, since I didn't have compressed yeast, I used active dry yeast with just enough warm water (100 F) to make a thick paste. Also, I let the paste sit for 15 minutes, which was during the dough's resting period.

After my stress/rant about tiles, I ended up making three 10 inch batards and one boule on my pizza stone and a cast iron skillet (I didn't know what else to use). The boulle ended up taking a little longer on the final rise, so it worked out perfectly during the baking time. Two batards on the pizza stone and one in the cast iron skillet for 20 minutes. Then the boule alone for 20 minutes.

It smelled so good in the house. When I took the batards out, they contracted and made crackling noises while they were cooling.

The batard on the cast iron skillet ended up burnt on the bottom, but still good.

I don't know if it's because I haven't been eating french bread since I've been on the island, but I was VERY happy with the results. Especially, since the Husb got some yummy cheese for us to have it with. MMmMmM...

The bread was good with cheese, good with roasted bell peppers, and good the next day as buttered toast for breakfast.

For the recipe, you can find it here. Also, check out the TWD's blogroll to check out more french bread!
Posted by jen at 5:59 PM