Ahhh finally!!! My first Tuesdays with Dorie post! Today's recipe is...white loaves.
I was pretty intimidated by the idea of making bread again. The first and last time I made it was 6 years ago in my boyfriend's kitchen. It turned out awful! We had no idea what we were doing. "Is it done rising? Is it suppose to look like that?" It came out looking like an ancient frisbee. It tasted like one too. Rock hard. Stale right out of the oven.

This recipe makes two beautiful white loaves. My first batch came out a little dense. My guess was that it had something to do with the rise/proofing. Piebird thought it might have been proofed too long. Later I learned, that was definitely the case (thanks for the tip Piebird!), but it still made a tasty roast beef sandwich. 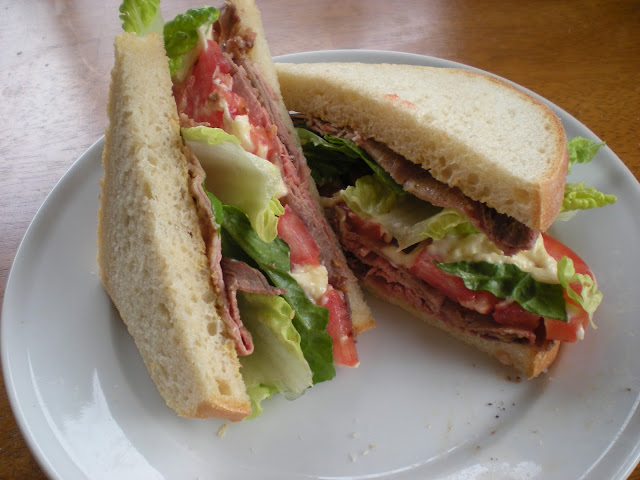 I couldn't start off TWD with a failbread, so I made a second batch and I'm super glad that I did! The crust was amazing and the crumb was nice and fluffy. It reminded me of an English muffin. I could have devoured the whole thing! 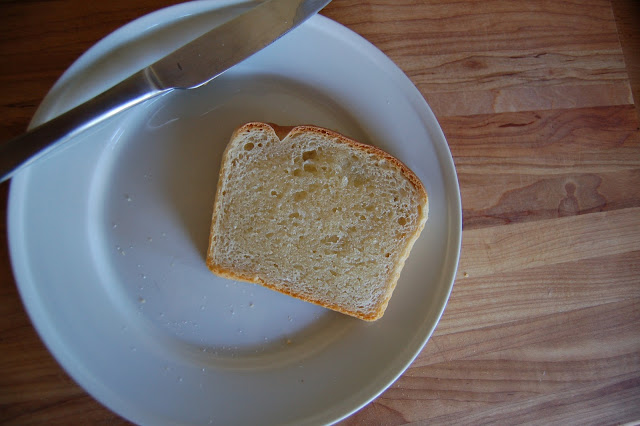 I made one with a cinnamon swirl in it. The cinnamon sugar syrup was oozing out from the swirl. My first slice I drizzled icing on top and I instantly engulfed the warm yummy goodness as an afternoon snack. 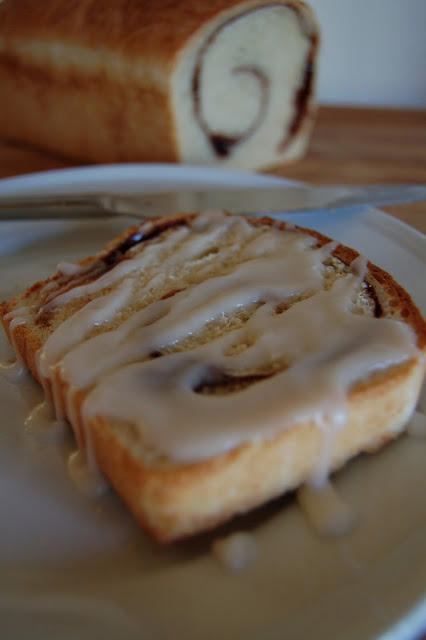 This recipe can be found in Baking with Julia, by Dorie Greenspan or you can also find it in Jules' blog.

Baking notes: Boiled RO water and dissolved sugar; waited until temperature decreased to 115 degrees F to add yeast. Used SB tap water for the rest of the recipe.
Proofed for 45 minutes in a slightly warm oven.
Cinnamon swirl ingredients - 1/3 cup of sugar and 2 tablespoons of cinnamon.
Posted by jen at 7:21 AM